From its panoramic tundras to its crazy season, Svalbard is a Norwegian archipelago which lies on the northernmost part of the Earth, in between Norway and the North Pole.

Longyearbyen is the archipelago’s capital town. The name Longyearbyen has nothing to do with its season but was actually named after the town’s founder, John Munroe Longyear, an american businessman who arrived in Spisbergen in early 1900s as a tourist, but at the same time, to look for economical possibilities. He is the main figure behind the Arctic Coal Company. Longyearbyen, in English, is The Longyear City.

Here are facts about this tiny town: 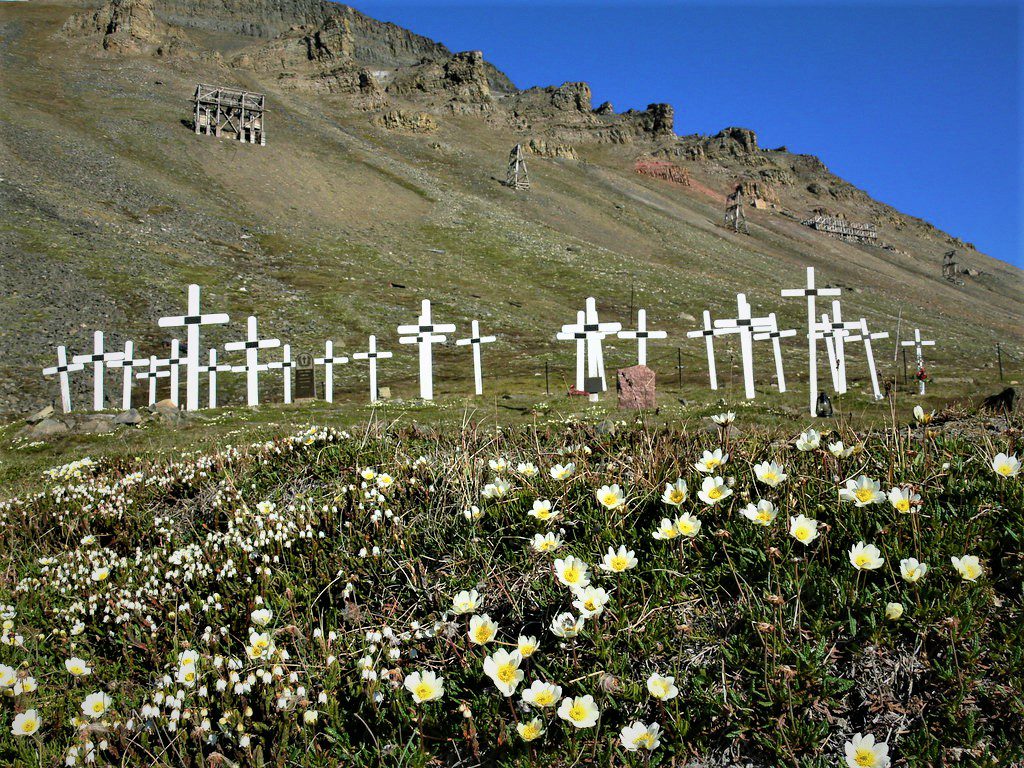 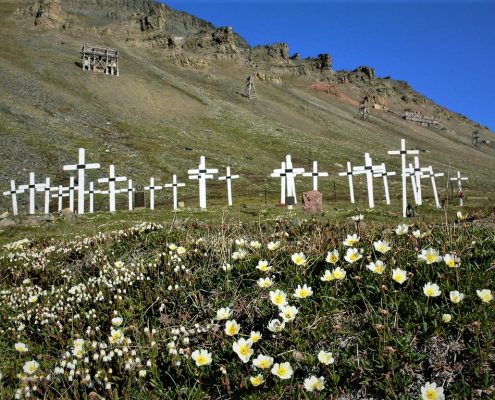 We know that death is inevitable, that is why, death should not be illegal- but to be buried is. The cemeteries in Svalbard are no longer accepting burials because permafrost makes the dead bodies preserved. And not only this- the permafrost pushes objects up to the ground. That is why you can see pieces of woods drifting above the ground in Longyearbyen- they are the foundations from old buildings a lot of years ago. 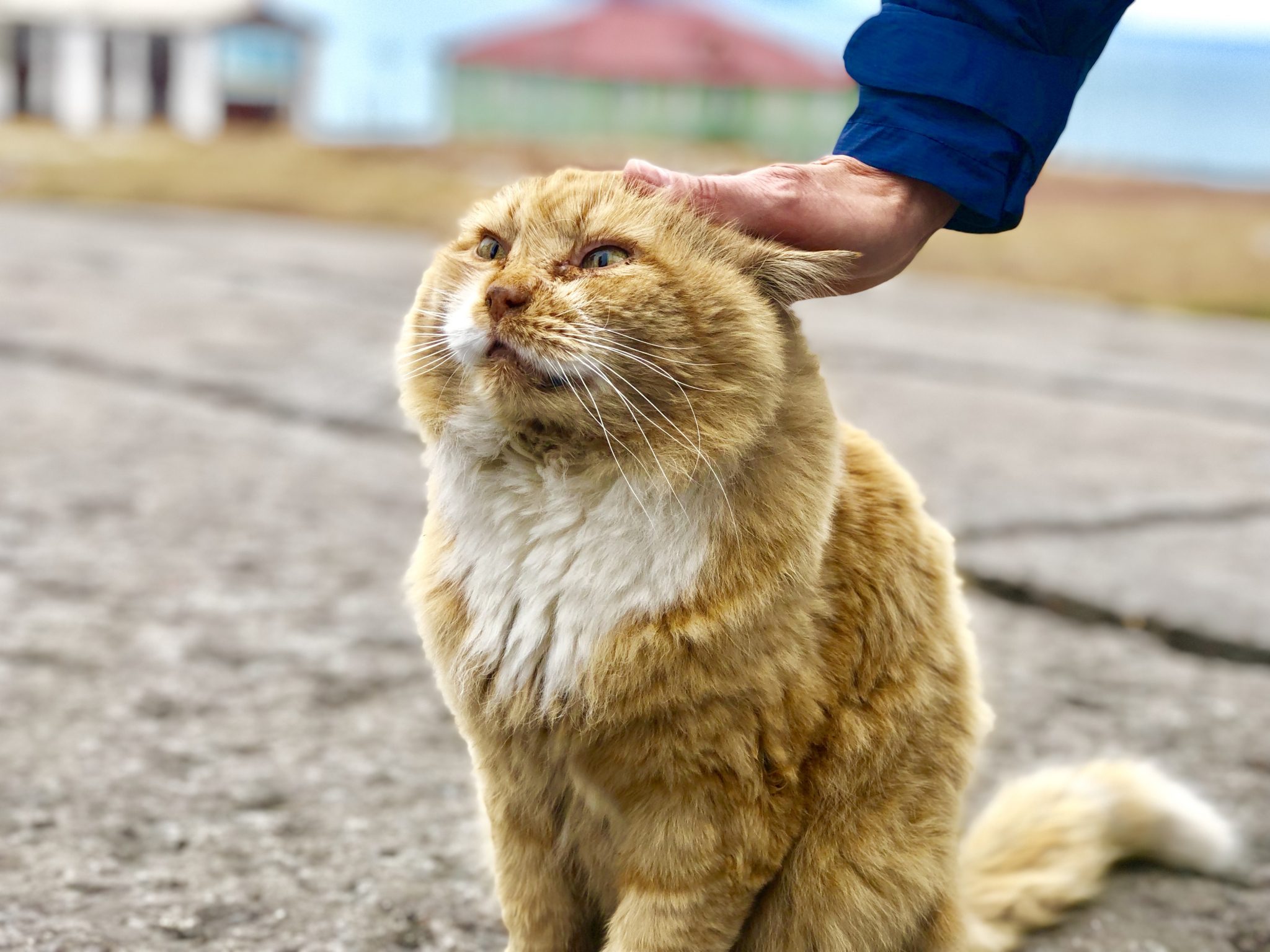 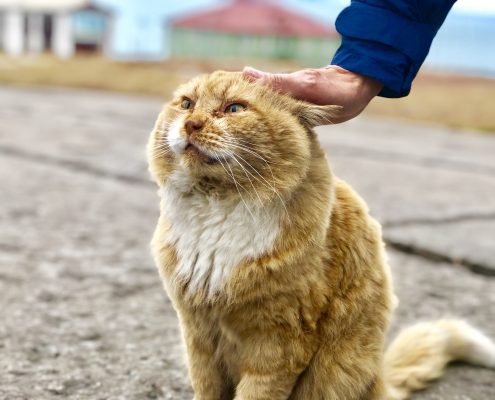 Cats are banned, in the whole archipelago actually. It is for the reason that they might harm the wildlife, specifically the bird’s population. But for those who have been here already, and were able to see Kesha, the most famous Svalbard cat, you might wonder how he’s still here. Kesha is believed to be one of the last offsprings when the government started the ban. 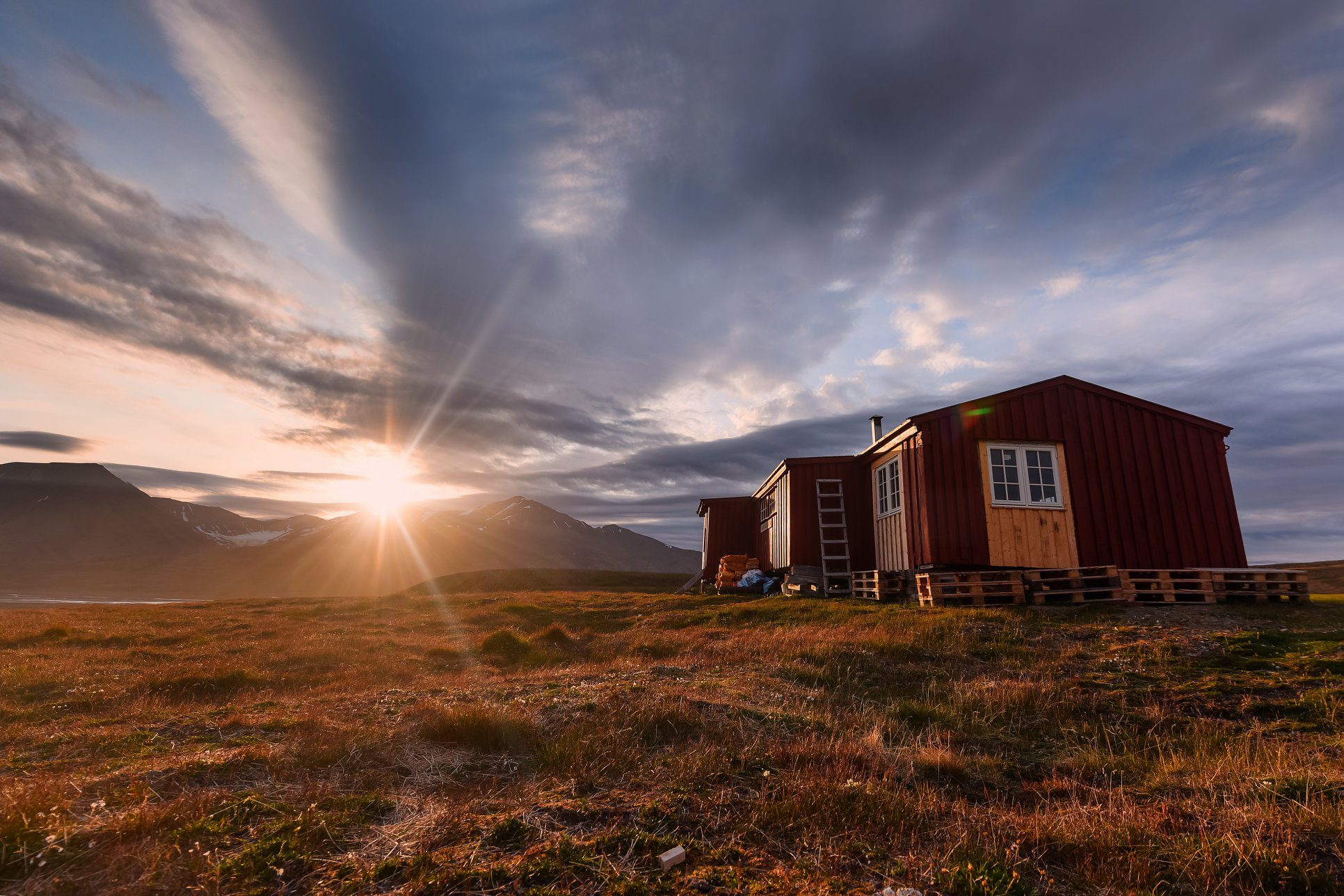 The sun does not set for almost 4 months! This means that the sun is literally up 24/7 – no darkness at all. It might sound weird and questions like, “how do locals sleep then?” would arise but as a matter of fact, locals do not have a problem of sleeping during this season at all since they have thick, powerful curtains that blocked sunlight and makes a room go dark. Kayaking and boat trips are perfect for this season! And do not forget grilling. 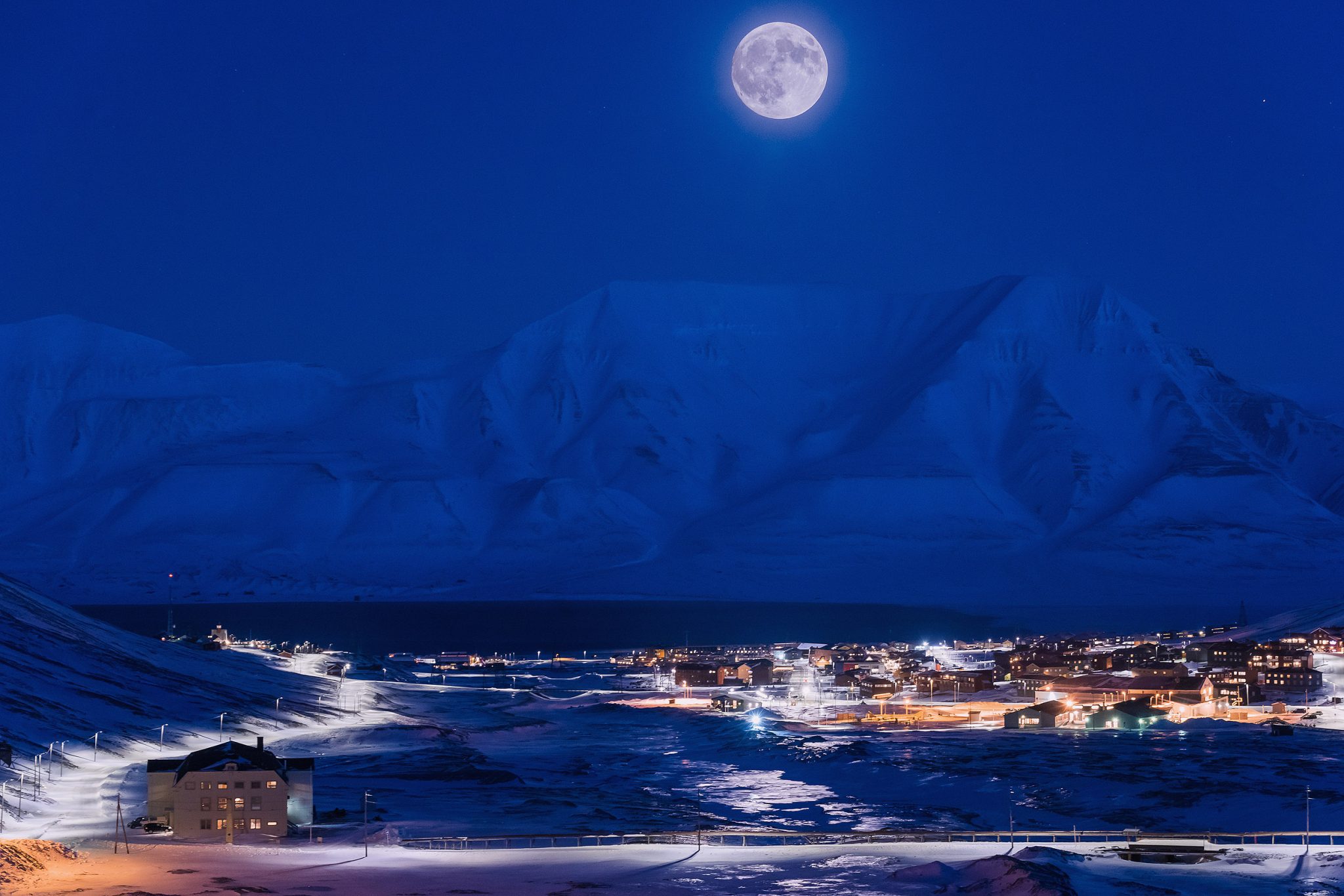 That is because it is not allowed to give birth in Longyearbyen, as in anywhere in whole archipelago. Though the town has its hospital, it does not cater surgical operations. Pregnant women need to travel to the mainland few weeks before the due date. 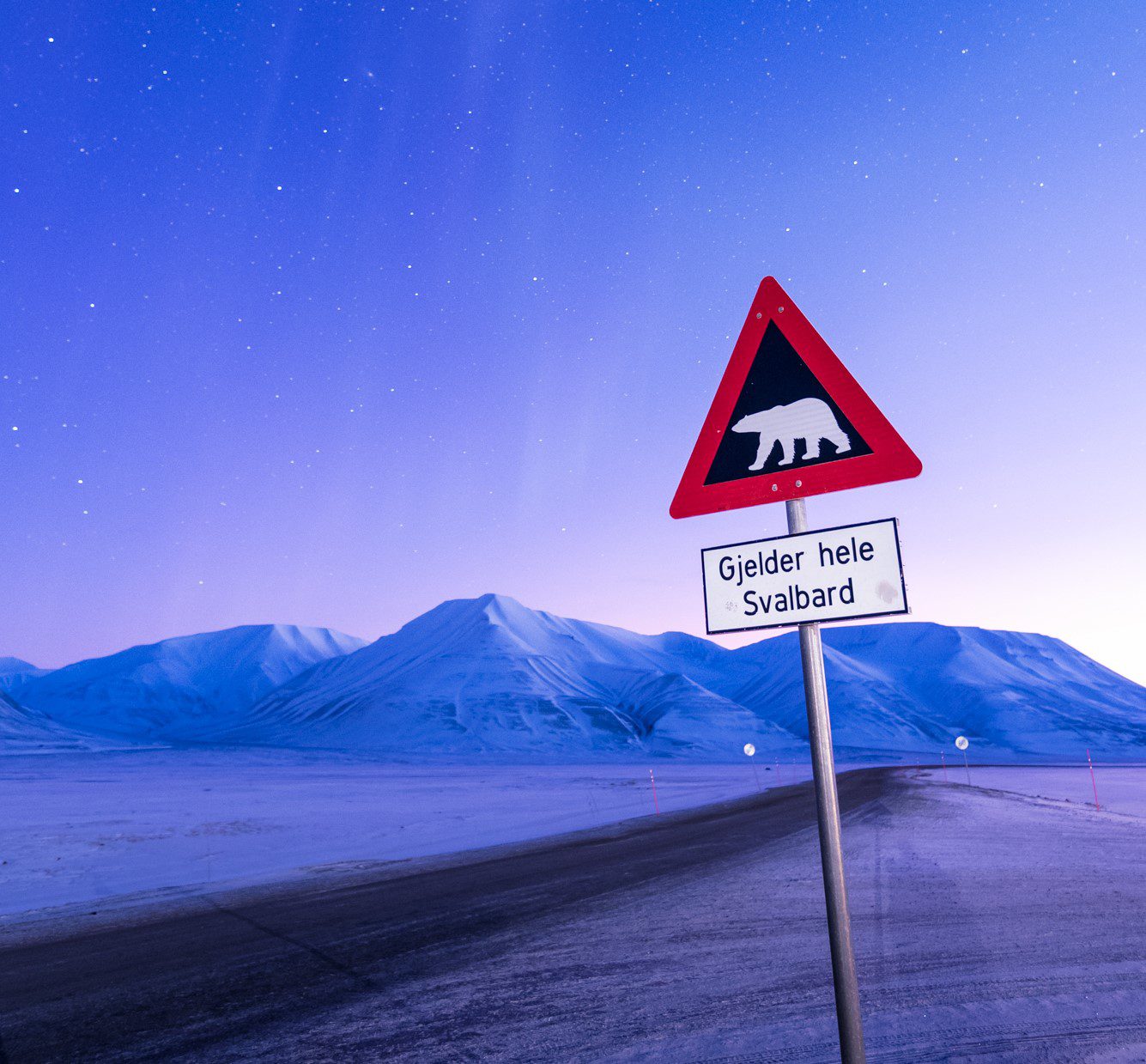 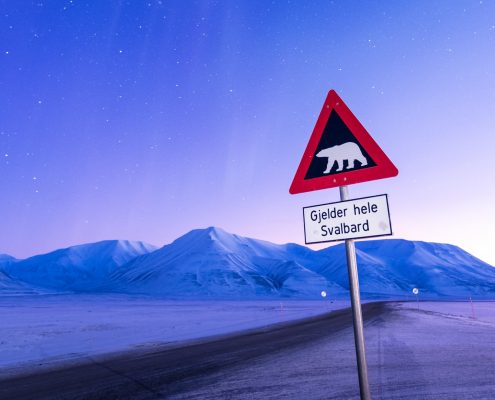 5.) You can see people with rifle and it’s not something to be afraid of!

Svalbard is a home to great arctic wildlife. People in Svalbard are required to bring rifles or flare guns when going outside of town, as there are high chances of meeting polar bears. Both weapons are used to scare away these lovely wild creatures. Though it is allowed to carry firearms while walking, it is not allowed to wander inside local establishments with firearms. Buildings have a special place for these.

6.) Buildings are not really on the ground

Buildings in Longyearbyen are made on stilts and not directly on the ground, though you might observe there are very few ones which were made decades ago. This, again, is because of the permafrost. Creating a warm insulated building on the ground will just thaw the permafrost. If this happens, the foundation on the building will sink deep down which will cause the building to collapse.

Photo by Polina Bublik of the Longyearbyen town centre during summer

7.) No shoes when entering a building, please!

One of Svalbard’s most common traditions is leaving your shoes when you enter a house or any building. In the earlier times, locals would take off outer footwear to avoid bringing dust and mud inside the buildings. So, when planning to visit, keep a space in the bag for your indoor slippers!

That’s a lot of no no in a row! With just about 10% of vegetation and mostly consist of Tundras and permafrost, Svalbard’s plant life is very important. The colorful, gorgeous arctic flowers are, sorry, but for your eyes only! 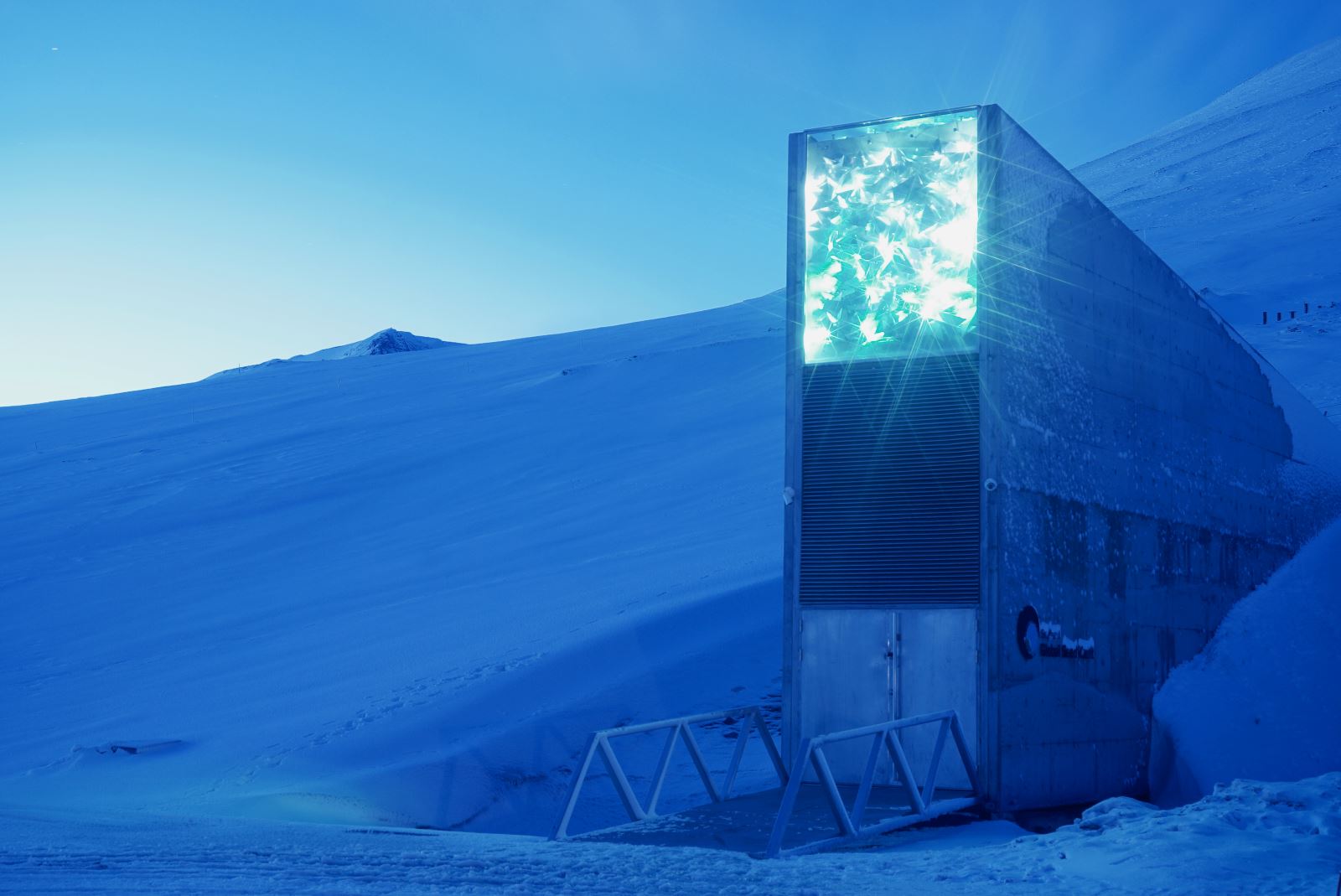 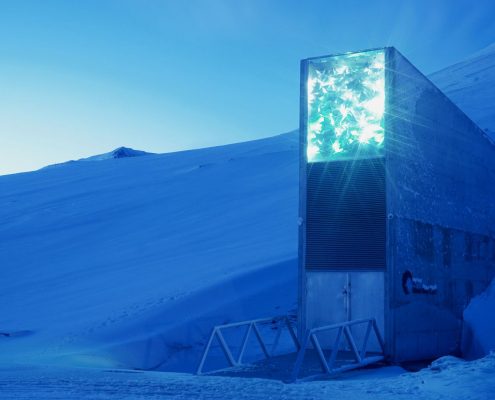 With its characteristics- the permafrost,  location, and geological properties, Svalbard is indeed a perfect place for a seed vault. Longyearbyen is where the Svalbard Global Seed Vault is located. The vault is a long-term seed storage representing the world’s largest collection of crop diversity. The purpose is to store seed samples from the world’s crop collections. Permafrost and thick rocks ensure that the seed samples will remain frozen even without power. It is indeed the “final back up”. 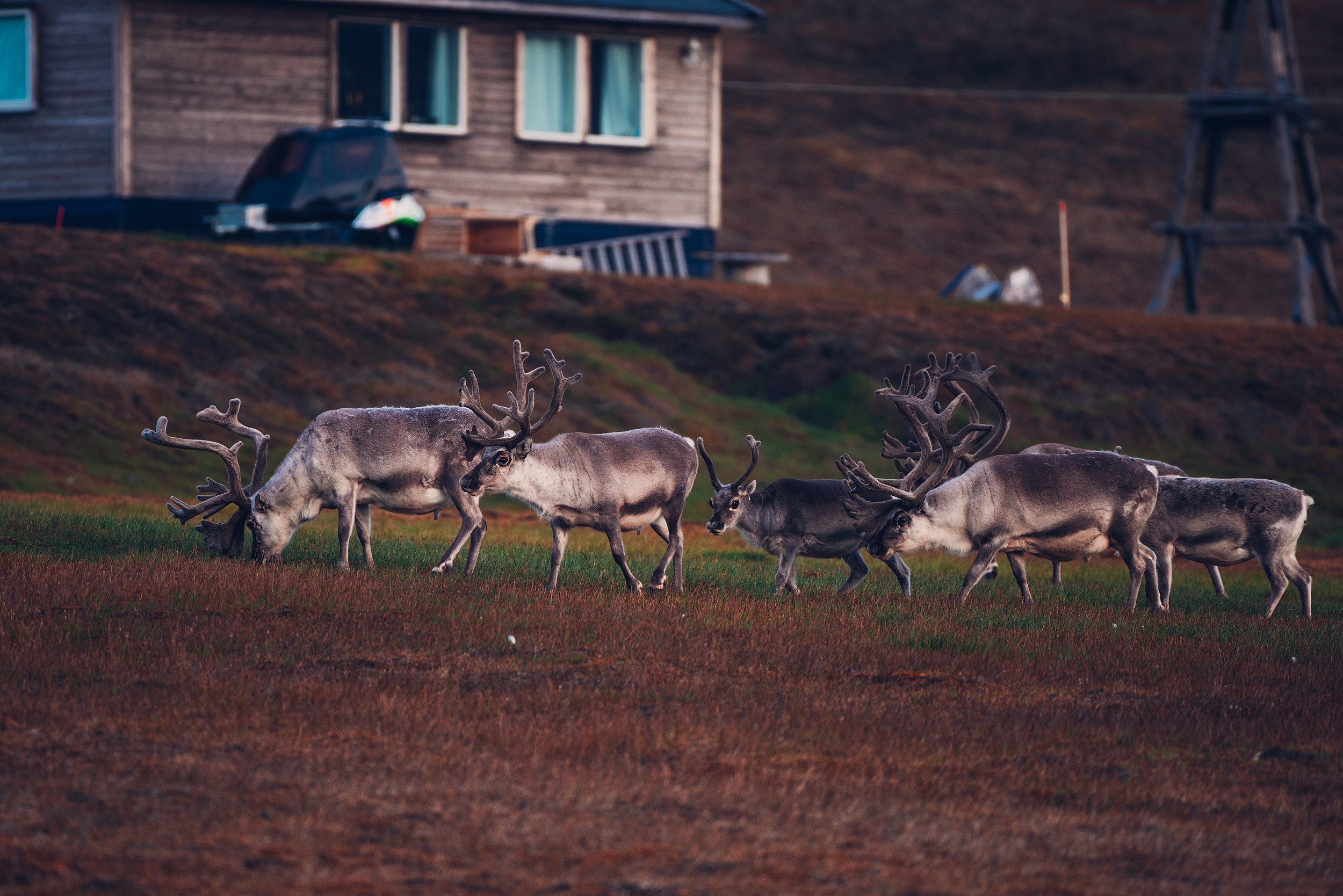 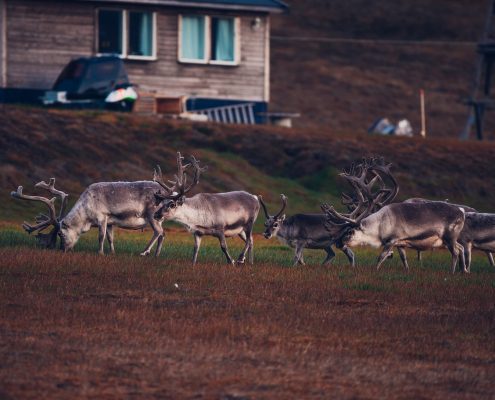 Expect to see the world’s northernmost herbivors, the reindeers, all around the town wandering and eating. These friendly creatures can be observed almost everywhere and they always do their own businesses as if they are not bothered by people passing by. 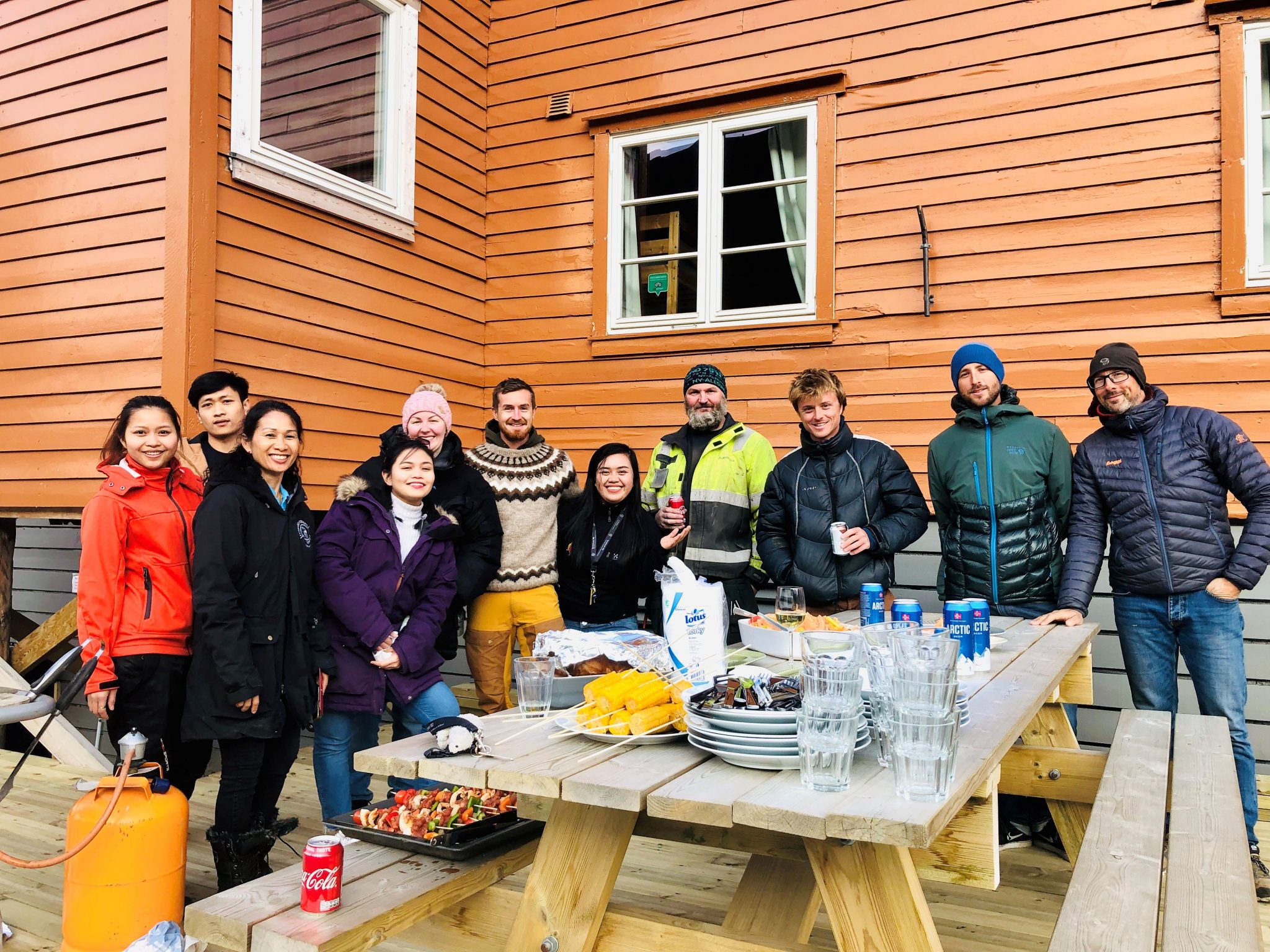 Outside Gjestehuset102 with staff and guests 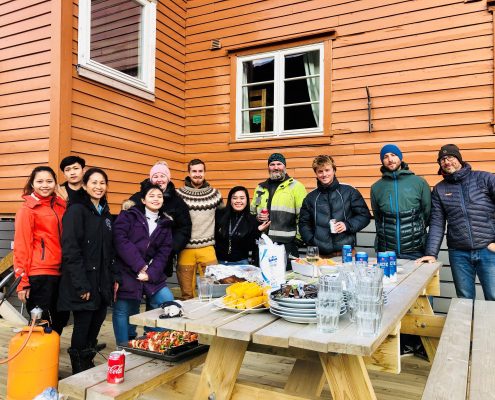 Norway is responsible for the governance of the archipelago. In its capital town, the buildings, signs, and everything are in scandinavian style. The main language is norwegian, and the population mainly consists of norwegians as well. But in general, Longyearbyen’s residential population is composed of a lot of different nationalities including Russians, Ukranians, Thais, and Filipinos. This is because of the Svalbard Treaty which recognizes Norway’s sovereignty but at the same time, welcomes people from all around the globe to stay, work and live. Svalbard is not part of the Schengen area, so visa is not required to enter the islands.

Which one was the most interesting fact for you? Comment below!

Want to join the discussion?
Feel free to contribute!

Sign up to our newsletter for news and offers!

This site uses cookies. By continuing to browse the site, you are agreeing to our use of cookies.

We may request cookies to be set on your device. We use cookies to let us know when you visit our websites, how you interact with us, to enrich your user experience, and to customize your relationship with our website.

Click on the different category headings to find out more. You can also change some of your preferences. Note that blocking some types of cookies may impact your experience on our websites and the services we are able to offer.

These cookies are strictly necessary to provide you with services available through our website and to use some of its features.

Because these cookies are strictly necessary to deliver the website, you cannot refuse them without impacting how our site functions. You can block or delete them by changing your browser settings and force blocking all cookies on this website.

These cookies collect information that is used either in aggregate form to help us understand how our website is being used or how effective our marketing campaigns are, or to help us customize our website and application for you in order to enhance your experience.

If you do not want that we track your visist to our site you can disable tracking in your browser here:

We also use different external services like Google Webfonts, Google Maps and external Video providers. Since these providers may collect personal data like your IP address we allow you to block them here. Please be aware that this might heavily reduce the functionality and appearance of our site. Changes will take effect once you reload the page.